A training simulator by Controllab

One might think that the ideal solution would be to see and use your own hands to operate a crane in VR. Most VR headsets come with added controllers that can track the movements of your hands in 3D. However, even these types of controllers come with limitations. The main challenge when it comes to these controllers, is that you do not actually feel the type of controller that you are seeing in VR. For example, a joystick in VR would look like a joystick, but you would not feel the actual joystick, because you are holding a general purpose controller meant to track your hands. In order to guide the operator a little more, we applied visual feedback in the training simulator, by for example highlighting the direction in which the joystick currently operates in VR. In addition, vibrations of the controllers could be used to indicate to the operator that he is now moving the joystick in a different direction. These measures are all direct results of not being able to feel the joystick and its end-zones as to give the operator still a feeling that he is in control of the joysticks that he uses. However, despite implementing feedback to guide the user, we noticed that it remained quite difficult for the user to accurately operate the crane. 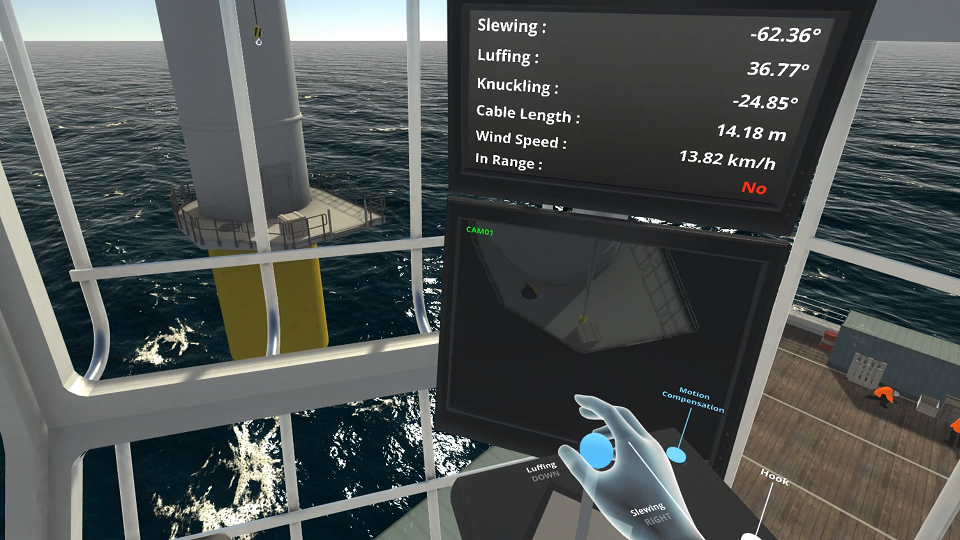 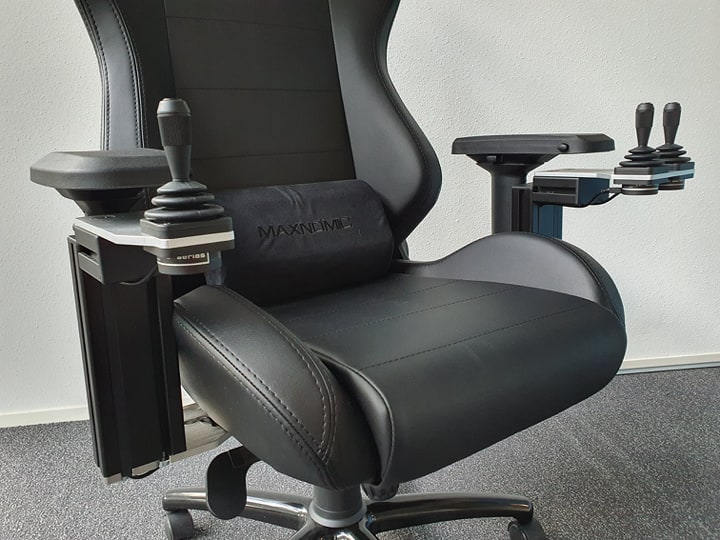 We replaced the touch controllers by physical joysticks that are mounted on a desk chair. The chair has been made wireless using a form of wireless communication and a battery pack. The locations of the joysticks in the real world were identical with those in the virtual environment, such that the operator can feel the joysticks at the exact position where he sees them in VR. We noticed that when using these joysticks, inexperienced users operate the crane much more accurate. However, this only works due to the simplicity of the joysticks. If the joysticks become more advanced, for example a control pad that has multiple joysticks, buttons and displays, it becomes too difficult to differentiate between the several buttons and joysticks that you see and those that are present in reality. This is mainly because there is almost always a small discrepancy between the location of the joystick in the real world and the joystick in the virtual world.

When using VR headsets for training simulator purposes, there is always a choice to be made between using the actual controls that the real life application also uses or using controls that are only virtually present, but that can be as complex as you want. Over the past few years since the introduction of the VR headsets, we have done quite extensive research into the options that are available to an operator to make the training sessions as realistic as possible. Not every case is the same. Therefore, if you have a case in which you would like to train operators in VR, then maybe we can help you out and provide you with a custom solution. Leave us a message via the contact form below or give us a call to inquire about the possibilities. 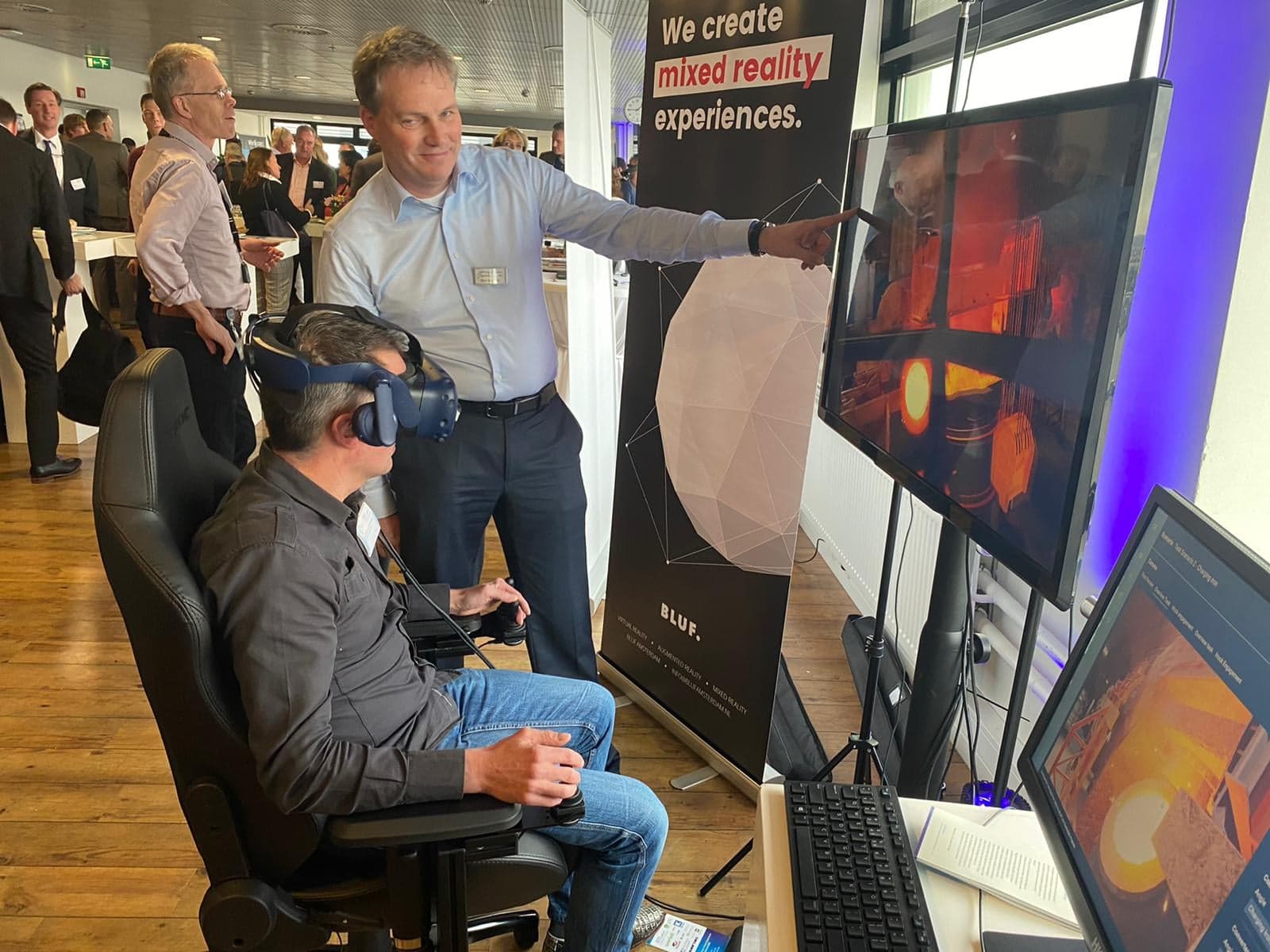